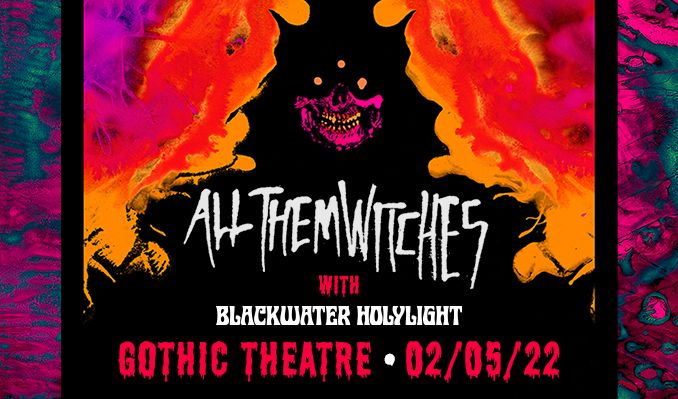 By most fifth LPs, the band’s sound is pretty set. Parameters established. Refinement dissipated. You get a to-formula execution of what’s worked in the past. Fair enough. All Them Witches go a harder route.

In 2017, the Nashville four-piece offered what might’ve otherwise become their own template in their fourth album (second for New West), Sleeping Through the War. It brought a larger production value thanks to oversight from producer Dave Cobb (Jason Isbell, Shooter Jennings, etc.), found them using choral vocals, expanded arrangements, bigger sounds than anything they’d done before.

They could’ve easily fallen into a pattern of watered-down clones of that record. Easily.

So naturally in a year they’ve thrown it all to the Appalachian wind, turned the process completely on its head and gone the other way: recording in a cabin in Kingston Springs, about 20 miles outside of Nashville on I-40, with guitarist Ben McLeod at the helm. Self-produced. Take that, expectation.

The result, mixed by Rob Schnapf (Beck, Elliott Smith, Kurt Vile), is the most intimate, human-sounding album All Them Witches have recorded and another redefinition of who they are as a band. Introducing keyboardist/percussionist Jonathan Draper to the fold with McLeod, bassist/vocalist Charles Michael Parks, Jr., and drummer/graphic artist Robby Staebler, All Them Witches’ ATW isn’t self-titled by mistake.

It’s the band confirming and continuing to develop their approach, in the devil’s boogie of “Fishbelly 86 Onions,” the organ-laced groove and masterful flow of “Half-Tongue,” the build of “HJTC” and the fluid jam in closer “Rob’s Dream.” You can hear it in the mellow patience of that last track, never lost but always wandering, and in “1st vs. 2nd,” where they turn from a frenetic shake to some purposefully metal-ish riffing while still holding onto gut-tightening tension.

And what do they do with that? Some overblown payoff? Hell no. They cut it short, drift into noise and then dig into “Half-Tongue” ahead of the moodier “Diamond,” which, true to its name, seems to turn any light that touches it into a prism. This is a band who delight in the exploration, in finding new rules to break, and in continually learning new ways to do so.

ATW is a reaction to being a “bigger” act. To playing bigger shows, bigger tours, etc. From the sustained consonants in Parks’ vocals, to the sleek basslines that play off the can’t-sit-still-won’t-sit-still swing in Staebler’s drums, to McLeod’s commanding slide in “Workhorse” and drifting melancholy at the outset of “Harvest Feast,” ATW is their laying claim to the essential facets of their identity.

And most crucial to that identity is its shifting nature. All Them Witches didn’t get to this point by resting on laurels, and if anything, the urgency of these tracks – fast pushers and sleepy jams alike – is among their greatest strengths.

It’s a rawer delivery, as stage-ready as the band itself, and it captures All Them Witches in this moment. Is ATW who they’ll be tomorrow? Who the hell knows? Check back in and we’ll find out together. That’s the whole idea.

FacebookTwitterOfficial WebsiteMore Info
*Service and handling fees are added to the price of each ticket.