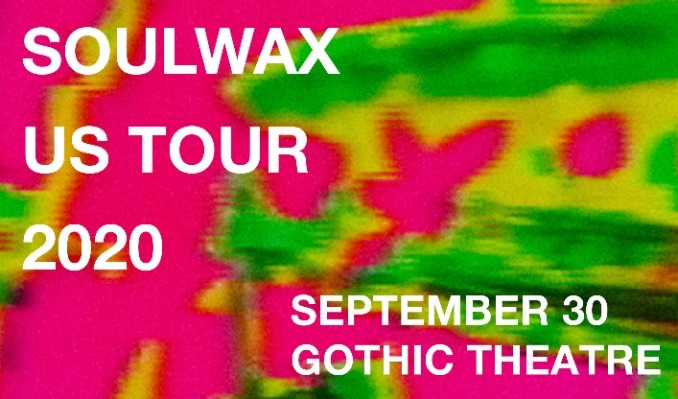 Since 1995, David and Stephen Dewaele have consistently pushed the boundaries of music into new and innovative territory by diversfying into many different guises. They are a band (Soulwax), djs (2manydjs), a record label (DEEWEE), a sound system (Despacio) and even created an app and website (Radio Soulwax).

They continue to tour and record as the band Soulwax, dj across the globe as 2manydjs as well as run and produce their very own DEEWEE record label and studio, created and curated Radio Soulwax – a visual radio station, app and live event, the Despacio project with James Murphy and their 2 x 2 radio show on Beats 1. Not to mention producing some of the most cutting edge remixes we’ve seen in recent times for the likes of Marie Davidson’s “Work It” which has just been nominated for Best remix at the Grammys, Warpaint, Tame Impala, LCD Soundsystem, Charlotte Gainsbourg, Metronomy, Arcade Fire, Daft Punk, Gossip, Hot Chip, MGMT, and many more.

In 2005 Soulwax were the first to record and release a remix of one of their own albums: ‘Any Minute Now’ which became ‘Nite Versions’.

In 2011 The Radio Soulwax project was another step into unchartered territory, a 'visual radio station', the ultimate synthesis of sound and vision, producing 24 one hour mixes with accompanying visuals based on the artwork of the original records used within each mix. The app has had to date over 600k downloads. It then went on to become a globe trotting live event.

In 2013 they created the Despacio soundsystem with James Murphy, a revolutionary sonic dance experience unlike no other. It has been described in the music press as “the greatest sound system ever” as anyone who has witnessed it will confirm and it has already sending ripples through the music industry as a benchmark to strive towards.

In the midst of all this they have toured extensively throughout the globe, both as 2manydjs and Soulwax, much to the delight of their legions of fans. After a long hiatus they return with the first Soulwax album in many years, From DEEWEE, recorded in a single day in their DEEWEE studio. It was released on March 2017. And in June 2018, they came back with another LP, "Essential" which was originally made for BBC Radio 1 Essential Mix. They are the first artist to ever submit an entire hour's worth of original material for the show. Comprised of 12 tracks named Essential One-Twelve. Each song on the album is based around the word ‘essential’

FacebookTwitterOfficial WebsiteMore Info
*Service and handling fees are added to the price of each ticket.